In the world of playing cards, other leading figures in the industry include successful publishing companies like European-based Cartamundi. There are also smaller custom made playing cards manufacturer that have been making an impact, such as WJPC Printing.

But even the big names had to start small, and once in a while something small makes some explosive sounds to catch our attention. Today let's take a look at WJPC Printing Co., Ltd.(WJPC), which is founded in 2006.

Since their inception they have slowly built up their brand, and have been focusing more on playing cards. They began releasing some playing card products, launched a website, and in 2016 released their  Playing Cards as their own branded deck. Eventually they set up the Playing Card Company in order to focus on the design, manufacture, sale, and distribution of playing cards.

WJPC Printing includes a large online operation. But besides being a source for magic items in the Asian market and abroad, they also produce a range of custom playing cards, some of which they have created in-house and are featured below. WJPC has their own label and specifications, but uses the same factory, so there's good reason to expect good things from this brand. So let's take a look at some of their decks, and talk about what we can expect from this smaller playing card manufacturer.

The casino poker reflects the fact that this deck is created to be a practical casino style deck that represents the height of luxury. Similarly this deck is intended to capture something of a quality that is fitting for a classy secret agent and for royalty, while being suitable for an enthusiast playing a poker game at home as well. 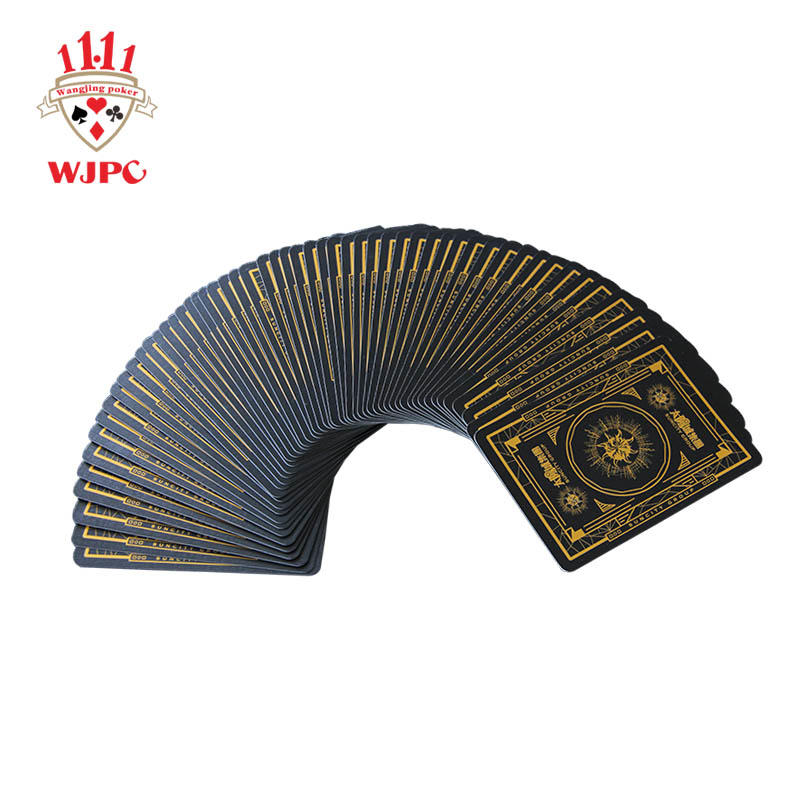 WJPC has produced several different Casino decks, the two main ones being a Spring/Summer Bright edition and a companion Autumn/Winter Mystic Edition. I will focus on the Casino Royale deck: Mystic Edition since that is the one that is still available.

Both decks feature a straight-forward tuck box, which opts for simplicity because it showcases the back design of the deck by means of a well-placed cut-out window.

The Mystic edition takes over the strong diamond theme from the Bright edition, and this theme is evident through all aspects of the deck.

The court cards are traditional in style, ensuring they remain recognizable at a quick glance. But when you look closely, the characters aren't holding the usual weapons or flowers, but are holding diamond accessories.

The back design is made up of small diamonds in varying colours scattered everywhere, with some gaps to create a very interesting and pleasing look. The colour scheme is a soft and mellow palette that makes use of a purple, dull blue, and some grey. Attentive observers will also pick up a one-way design.

The card backs are bordered, so it allows each card or packet of cards to easily stand out from each other and be identified, while the vibrant colours ensure that eye-catching streaks of colour will be produced when using this deck for card flourishing.

Unlike the Bright deck, the card faces of the Mystic deck don't use traditional black and red for the suits, but take over the purple and green-blue colour palette from the card backs.

The number cards are fairly standard, but aspects of the card back design are cleverly incorporated into the explosive diamond styled Aces, and also the court cards.